Nicodemus, a faithful and courageous Pharisee, came to visit Jesus one night. He put his faith in the son of God and here is some of the conversation that resulted...

8 I baptized you with water, but he will baptize you with holy spirit (Mark 1).

Being born from water is a water baptism. Being from spirit is a spirit baptism, a baptism in holy spirit, which is being born again.  A water baptism does not immediately give you a new physical body, since you are stuck with the one you have until you die. But it leads to a rebirth in the flesh, when one enters the Kingdom of God as a human, in a new body. Whereas referring to the spirit birth, being 'born from the spirit', Nicodemus asks how this can possibly happen? But his very question is the answer - see Code13...

4 Nicodemus said to him: How can a man be born again when he is old? He cannot enter into the womb of his mother a second time and be born can he? (John 3)

When Adam was created the scripture says...

7 And Jehovah God proceeded to form the man out of dust from the ground and to blow into his nostrils the breath of life, and the man came to be a living soul (Genesis 2).

Adam was born again although not actually when he was born, but when he reached 30 years old (we deduce this from his correspondence with the life of Jesus - U41). It took 30 years for God to finish blowing into his nostrils! In fact in all humans, our two nostrils and our two lungs are declaring the two vehicles for the spirit of life which we do have access to and which we can possess. All those who are born again whilst alive as humans own both vehicles, after the second birth. Whereas those who have not yet been born again have access to an angel but do not own it. Although of course the angel is invisible but not entirely undetectable - see U255. Hence we read in the next verse of John 3...

8 The wind blows where it wants to, and you hear the sound of it, but you do not know where it comes from and where it is going. So is everyone that has been born from the spirit (John 3).

The born again have their own empty angel upstairs with their name on it. So they are truly spirit sons of God.

17 Consequently if anyone is in union with Christ, he is a new creation. The old things have passed away. Look! new things [new earthly body at earthly resurrection and new heavenly body at baptism] have come into existence (2 Corinthians 5).

45 It is even so written: The first man Adam became a living soul. The last Adam became a life-giving spirit.
46 Nevertheless, the first is, not that which is spiritual, but that which is physical, afterward that which is spiritual.
47 The first man is out of the earth and made of dust; the second man is out of heaven [but what is he made of?]
48 As the one made of dust [is], so those made of dust [are] also; and as the heavenly one [is], so those who are heavenly [are] also.
49 And just as we have borne the image of the one made of dust, we shall bear also the image of the heavenly one.
50 However, this I say, brothers, that flesh and blood [the corrupted ageing flesh and blood that you have in this system] cannot inherit God's kingdom, neither does corruption [symbolized by adamic flesh] inherit incorruption [symbolized by edenic flesh].
51 Look! I tell you a sacred secret: We shall not all fall asleep [in death], but we shall all be changed,
52 in a moment, in the twinkling of an eye, during the last trumpet. For the trumpet will sound, and the dead will be raised up incorruptible [either edenic flesh or angelic], and we shall be changed [either on entry into Zoar when we get incorruptible non adamic human bodies at the instant of baptism or into an angel at the rapture without being stung by death, or into an edenic/non adamic body at the resurrection having been stung by death but not have been conquered by that sting].
53 For this which is corruptible [not the corrupted flesh, but the corruptible spirit] must put on incorruption [an incorruptible body, put on like a suit, non adamic flesh or angelic], and this [soul] which is mortal must put on immortality [every soul must eventually gain everlasting life which is immortality, the covenant from God that you will not go into the second death].
54 But when [this which is corruptible puts on incorruption and] this which is mortal puts on immortality [mortal souls have an expiration date. Immortal souls cannot expire at all. Souls with incorruptible bodies who have not yet reached immortality are amortal, in the sense that they are neither mortal nor are they immortal. They have indefinite life, with no set expiration date. But they may yet expire at some date] then the saying will take place that is written: Death is swallowed up forever.
55 Death [speaking to Death poetically and to Satan physically, who is the father of Death], where is your victory? [the resurrection is your defeat] Death, where is your sting? [The DNA change from adamic to a non adamic body, an unnoticeable technical death which appears to the recipient to be a living resurrection, and the rapture both avoid that sting]
56 The sting producing death is sin, but the power for sin is the Law.
57 But thanks to God, for he gives us the victory through our Lord Jesus Christ! [who has ended the law]
(1Corinthians15).

For every physical body (which is owned by a spirit), there exists a spiritual body, an angelic body, which may or may not yet be owned by that spirit. The point is that said angelic body will already be in existence as soon as the spirit enters into the physical body.

Let us be more plain. At the very instant that the spirit of the child enters into the foetus (around mid-term in the pregnancy), God gives the child access to angelic backup body, an angel in heaven for that child. However one does not get to own an angel for oneself until one is born again. Actually the child gets a subconscious angelic server, until it is born again. For more on this - see U255.

7 He emptied himself, and took a slave's form, and came to be in the likeness of men (Philippians 2).

He emptied angel Michael and left his angelic body in heaven, and entered Jesus/Immanuel, taking a slave's form. He took the 'form' or body away from the non adamic human Jesus/Immanuel, who was a slave in this sense, at the baptism. There was an empty angel body in heaven all through the ministry of Jesus, and there was a sleeping full angel containing the human Jesus' spirit at his expiration.. This is technically how God overcame the death of Jesus on the stake. He uploaded him back into his angel. It is the same with all humans, we all have an empty angel throughout our judicial lives (after we have been born again or a share in an angel if we are yet to be born again), and a sleeping angel or shared angel at our deaths.

15 For neither is circumcision anything nor is uncircumcision but a new creation  [is something] (Galatians 6).

Yes, we can certainly have two souls!

A two-souled [diyucoV] man [is] unstable in all the ways of himself [perhaps two souled means indecisive here, or perhaps born again since the focus is one both the physical and the spiritual].
Let boast but the brother the humble in the humiliation of himself;
the but rich, in the humiliation of himself; because as a flower of grass he will pass away.
Rose for the sun with the according heat, and withered the grass, and the flower of it fell off, and the beauty of the face of it perished; thus also the rich man in the ways of himself will fade away.
Blessed [is a two souled man] man, who bears up under temptation; because approved having become he will receive the crown of the life, [everlasting life which is only given to 1NC or 2NC Kings in this system. One souled men cannot gain the crown of life, which is everlasting life as a king - the ultimate glory in life] which promised the Lord to those loving him (James 1:8-12 Emphatic Diaglott). 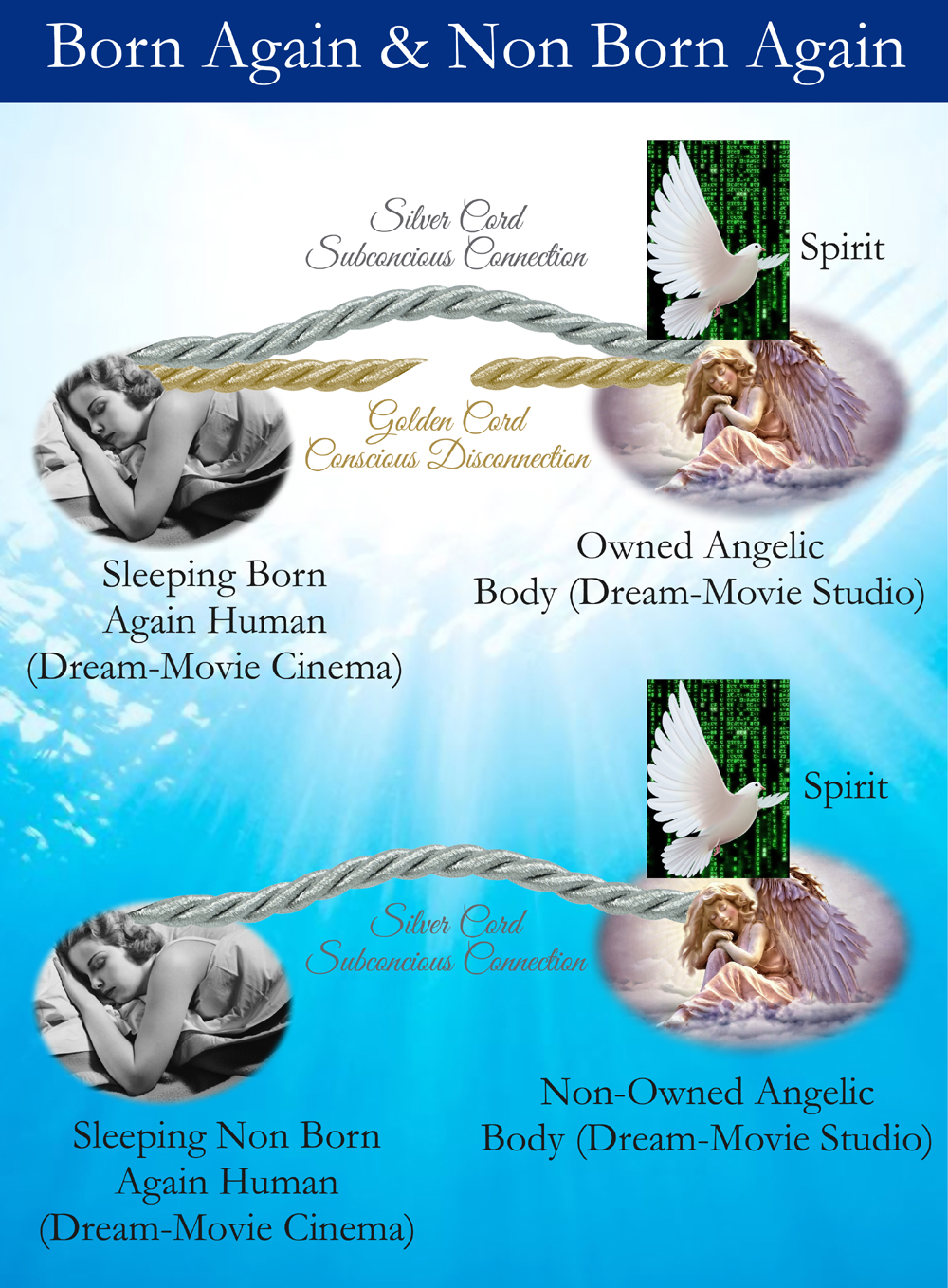